Why Did Serena Williams Retire From Tennis? Reason For Quitting

After she announced the end of her tennis career, fans around the world are asking: Why is Serena Williams retiring?  The tennis champion wrote an essay for the cover of the September 2022 issue of Vogue about why she decided to pursue retirement —or as she puts it, “evolution.”

Serena Williams is an icon within the tennis community and beyond. Born in Saginaw, Michigan, and raised in Compton, California, along with her sister Venus Williams, her father Richard Williams pushed her to play the sport during her youth. Their childhood and their father was the inspiration for the 2021 movie, King Richard, which starred Will Smith as Richard and Saniyya Sidney and Demi Singleton as Venus and Serena respectively. She has been the face of tennis ever since winning the 1999 U.S. Open. She became one of the most well-known tennis players today with 23 Grand Slam Championships—two championships away from beating Margaret Court’s record, and won multiple gold medals at the Olympics. However, with a family and growing business venture, Serena wants to focus on the things that are close to her.

“There is no happiness in this topic for me,” she wrote in her Vogue essay. “I know it’s not the usual thing to say, but I feel a great deal of pain. It’s the hardest thing that I could ever imagine. I hate it. I hate that I have to be at this crossroads. I keep saying to myself, I wish it could be easy for me, but it’s not. I’m torn: I don’t want it to be over, but at the same time I’m ready for what’s next.”

Why did Serena Williams retire?

In her September 2022 cover of Vogue, Serena Williams discussed the hard decision of putting her tennis career behind her. “I’ve been thinking of this as a transition, but I want to be sensitive about how I use that word, which means something very specific and important to a community of people. Maybe the best word to describe what I’m up to is evolution,” she said. “I’m here to tell you that I’m evolving away from tennis, toward other things that are important to me. A few years ago I quietly started Serena Ventures, a venture capital firm. Soon after that, I started a family. I want to grow that family.” Serena married Alexis Ohanian in 2017, and together they have a daughter, Alexis Olympia Ohanian Jr, who is usually referred to Olympia. She confirmed her desire to expand her family. “These days, if I have to choose between building my tennis résumé and building my family, I choose the latter.”

In her essay, she described the time that she spent with her daughter during her time as a tennis player on the court caring for her, and how she would do anything for Olympia even outside of her tennis career. “In five years, Olympia has only spent one 24-hour period away from me. This past year, while I was recovering from a hamstring injury, I got to pick her up from school four or five days a week, and I always looked forward to seeing her face light up when she walked out of the building and saw me waiting there for her. The fact is that nothing is a sacrifice for me when it comes to Olympia.”

Despite her love for tennis as a sport, she realized that she can’t do parenting and being a professional athlete at the same time. “In the last year, Alexis and I have been trying to have another child, and we recently got some information from my doctor that put my mind at ease and made me feel that whenever we’re ready, we can add to our family,” she gushed. “I definitely don’t want to be pregnant again as an athlete. I need to be two feet into tennis or two feet out.”

Serena is also closely monitoring her business, Serena Ventures, which she founded while investing nine years ago. “Every morning, I’m so excited to walk downstairs to my office and jump onto Zooms and start reviewing decks of companies we’re considering investing in. We’re a small but growing firm of six people scattered between Florida, where I mainly live, Texas, and California. I started investing nine years ago, and I really fell in love with early stage, whether it’s pre-seed funding, where you’re investing in just an idea, or seed, where the idea has already been turned into a product.” With both aspects of her life taking hold, it became very clear to Serena that she will have to end her professional tennis career this year.

When will Serena Williams retire? 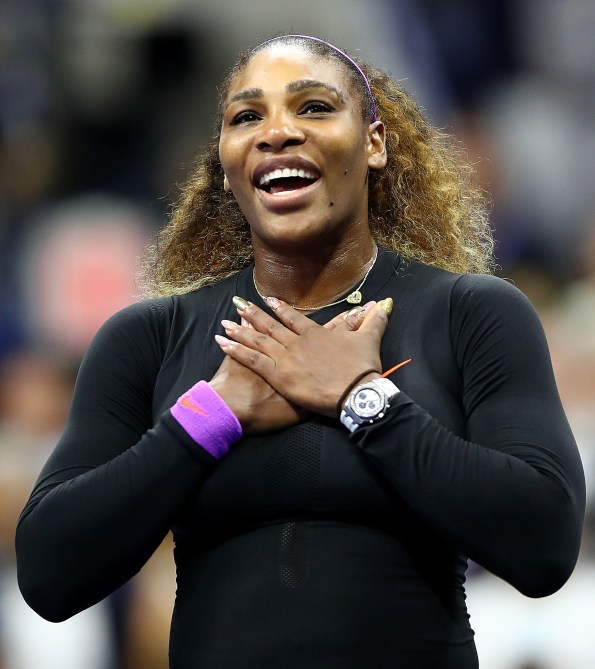 In the article, Serena announced that she will retire after competing in the 2022 U.S. Open, which begins on August 29, 2022, in New York City. If she wins, this will mark her 24th Grand Slam, in which she will tie with record-holder Margaret Court. “I know there’s a fan fantasy that I might have tied Margaret that day in London, then maybe beat her record in New York, and then at the trophy ceremony say, ‘See ya!’ I get that. It’s a good fantasy. But I’m not looking for some ceremonial, final on-court moment. I’m terrible at goodbyes, the world’s worst. But please know that I am more grateful for you than I can ever express in words.”

Though she remains one of the greatest tennis players of all time, she wants her legacy to be more than tennis, and she’s just getting started. “Over the years, I hope that people come to think of me as symbolizing something bigger than tennis. I admire Billie Jean because she transcended her sport. I’d like it to be: Serena is this and she’s that and she was a great tennis player and she won those slams.”

King Richard is available to stream on HBO Max. Here’s how to watch it for free.

For more about Serena and Venus Williams, read their father Richard Williams’ 2017 memoir, Black and White: The Way I See It. The book follows Richard’s life from his impoverished childhood in Shreveport, Louisiana, in the 1940s to the father of two of the greatest tennis players of all time: Serena and Venus Williams. . “I still feel really close to my father,” Serena says in the book. “We have a great relationship. There is an appreciation. There is a closeness because of what we’ve been through together, and a respect.” Black and White: The Way I See it is described as a story about how a “self-made man” with an “indomitable spirit” made it all possible for himself and his family.

Camila Cabello Chopped Her Hair Into a Cool-Girl Wolf Cut

Camila Cabello Chopped Her Hair Into a Cool-Girl Wolf Cut

Who Is the Monster in ‘Wednesday’ Netflix? Spoilers, Ending Explained

Scroll To See More Images Warning: Wednesday spoilers ahead. If you’ve started Netflix’s new Addams Family reboot, you may have one...