The Market Has Spoken (And I’m Listening)

There is an old saying among traders: “Let the market decide.”

In other words, don’t try to predict the future. Instead, react to what is already happening.

My bearish stance, initiated in February, served me well until recently. Thanks to that bias, I outperformed the market during the first half of the year. But my bearish position also resulted in underperformance during July, the best month for the S&P 500 since November of 2020.

Any question as to whether the indexes are headed higher was answered on Wednesday. I’m referring to the market’s reaction to the consumer price index report. While that report showed prices rising at an 8.5% annual clip, the figure was lower than expected, and the news ignited a rally.

What can the charts tell us? Technically, the S&P 500 broke through a major resistance level of 4177 (black dotted line), which was the June 2 close (arrow). Earlier this week, I wrote that a close above that level would be taken as a buy signal. The large-cap index closed Wednesday at a three-month high.

How The FOMC Announcement Affected The Major REITS

My only criticism of this rally has been volume, which has been slightly below average (shaded yellow). Then again, it’s August, so perhaps that’s to be expected.

The exciting news is that the index has formed a higher-high, breaking a pattern of lower highs and lower lows. The next stop for the S&P 500 should be its 200-day moving average (red), currently near 4332.

Wednesday’s move was broad-based, with investors buying everything in sight. There were few areas of weakness, as demonstrated by this heatmap of the S&P 500. 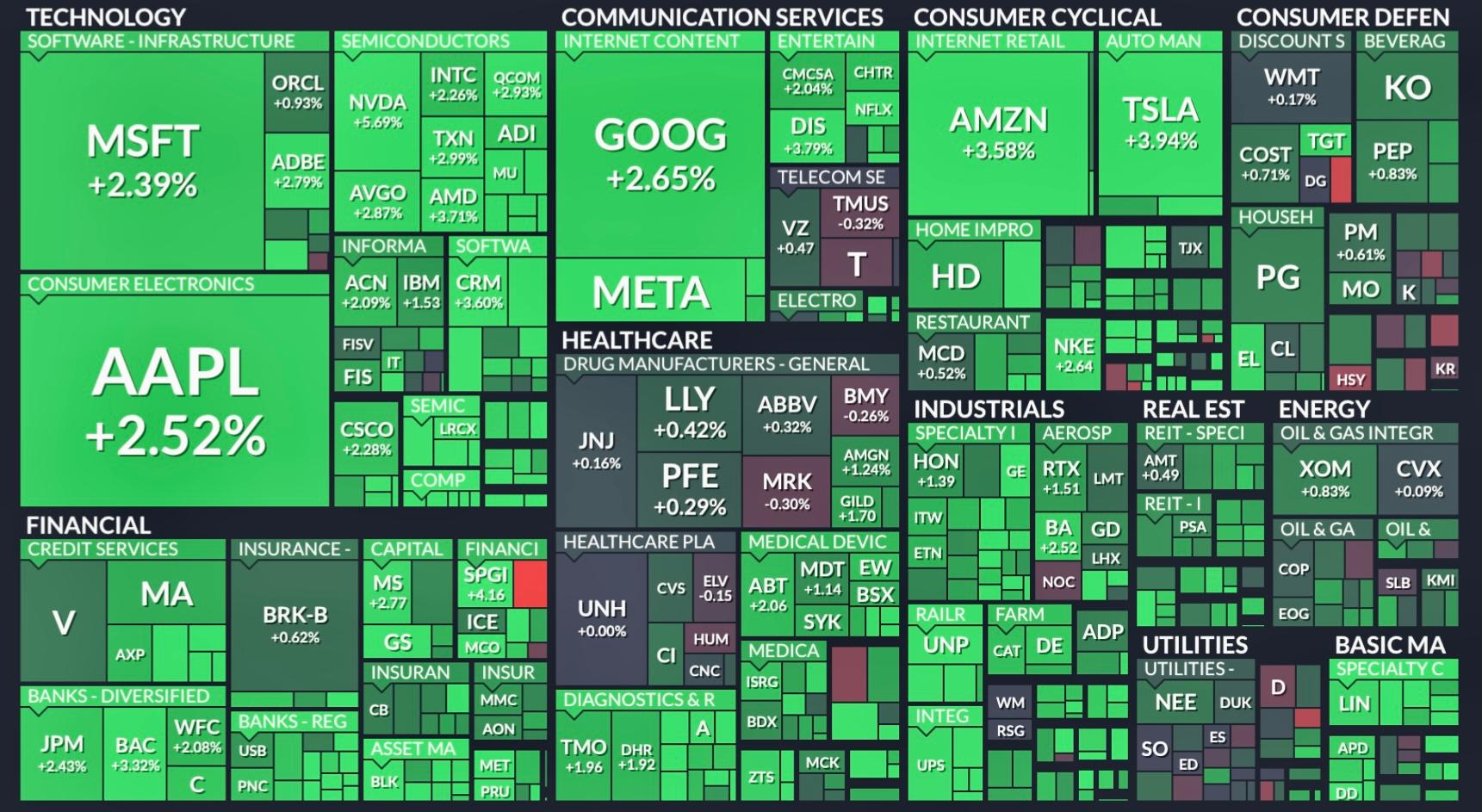 The fierce rally smacked of short covering, as the bearish thesis is now damaged. We could see more short covering in the coming days.

We celebrated the rally by buying shares of U.S. Steel (X) , as mentioned on Tuesday. This stock’s former cup and handle has now morphed into a bullish inverse head and shoulders.

U.S. Steel is trading just below its 200-day moving average (red). My target for the stock remains $30. 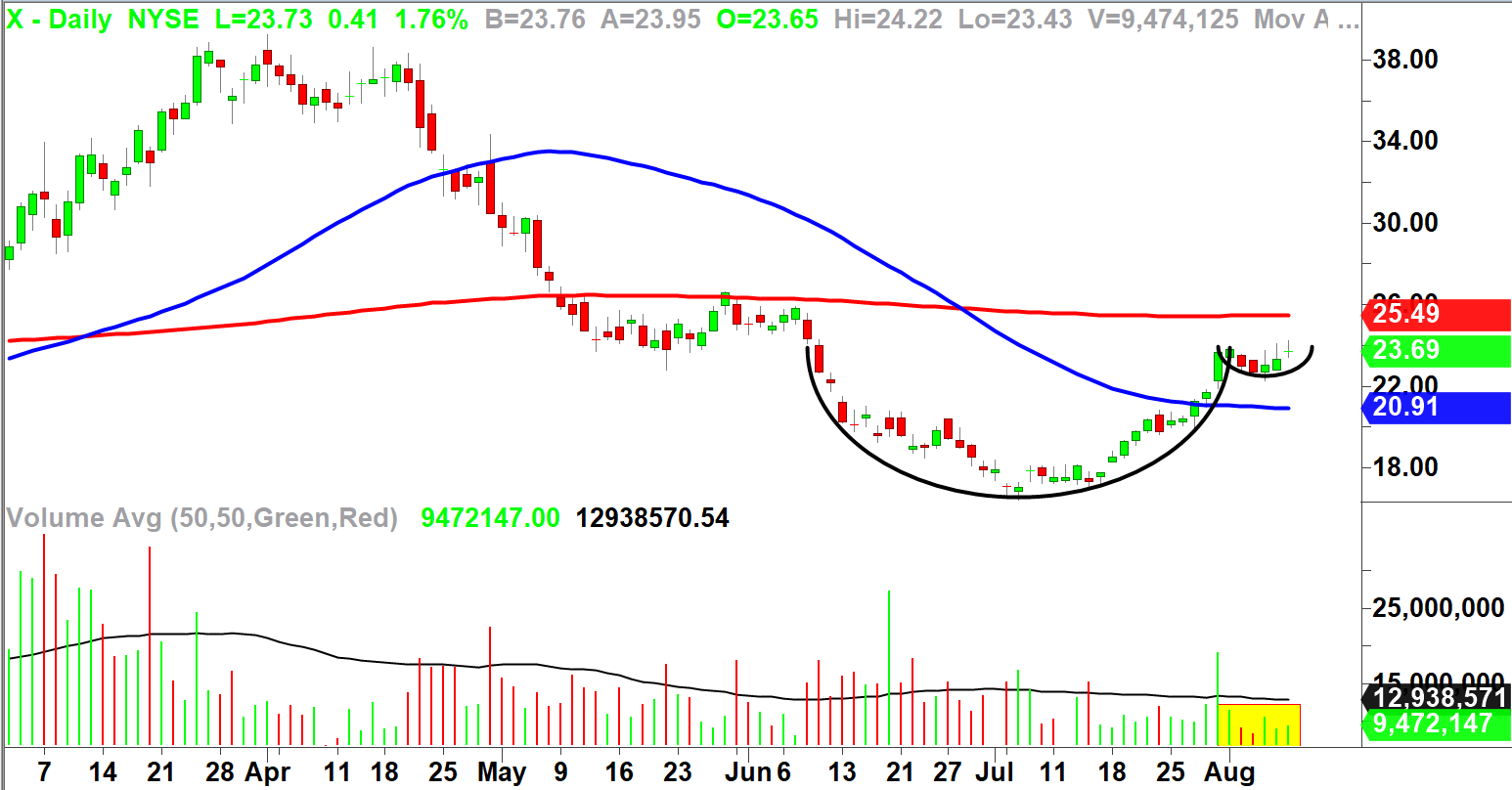 We all have our opinions and our biases, and as we know, the market can remain irrational longer than we can remain solvent. But the question of whether a market is irrational is a matter of opinion.

While I may disagree with the logic behind this move, I have no intention of standing in front of this freight train. Instead, I’m going to hop on board.

Get an email alert each time I write an article for Real Money. Click the “+Follow” next to my byline to this article.

How The FOMC Announcement Affected The Major REITS

Motley FoolWhy Ford, GM, Lucid, and Rivian Stocks Dropped TodayRecession fears took a toll on the stock market for another...

The Dollar Is Crushing Rival Currencies. Here’s Where Things Are Headed.

The dollar’s remarkable rally shows no signs of slowing. In fact, the Federal Reserve’s hawkish message has given it fresh...

Josh Brown: ‘If people don’t get fired, then it’s not a recession’

““You can’t have a recession if people still have their jobs and have no problem getting their next job. So...

Why home prices can stay high, complicating the Fed's battle against inflation