Tom Brady Girlfriends: Who He Dated Before Gisele Bundchen Divorce

A blast from the past. Amid his divorce finalization with Gisele Bündchen, many football fans are asking: Who were Tom Brady’s girlfriends?

The Tampa Bay Buccaneers quarterback and the Victoria’s Secret model filed their divorce papers on October 29, 2022, after being married for over 13 years. The divorce was settled in Florida where the ex-couple resides. Tom posted an Instagram story with the caption, “In recent days, my wife and I finalized our divorce from one another after 13 years of marriage. We arrived at this decision amicably and with gratitude for the time we spent together. We are blessed with beautiful and wonderful children who will continue to be the center of our world in every way. We will continue to work together as parents to always ensure they receive the love and attention they deserve. “We arrived at this decision to end our marriage after much consideration. Doing so is, of course painful, and difficult, like it is for so many people who go through the same thing everyday around the world. However, we wish only the best for each other as we pursue whatever new chapters in our lives that are yet to be written. And we kindly ask for privacy and respect as we navigate in what comes in the days and weeks ahead. Thank you.”

Before Gisele, Tom was entangled with other high-profile girlfriends. Read below to see a list of Tom Brady’s girlfriends before Gisele and who he dated prior to his divorce. 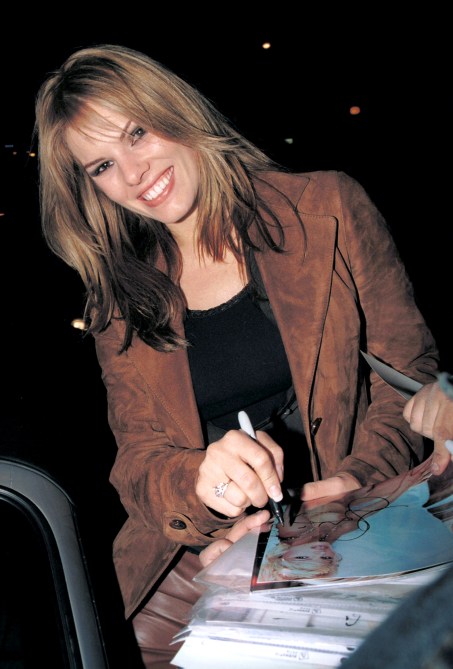 Tom Brady briefly dated Playboy playmate Layla Roberts in 2002. Layla won Playmate of the Year in 1997. Not much is known about their dating life, but it’s also speculated that she dated actor Vin Diesel around the same time she was dating Tom. 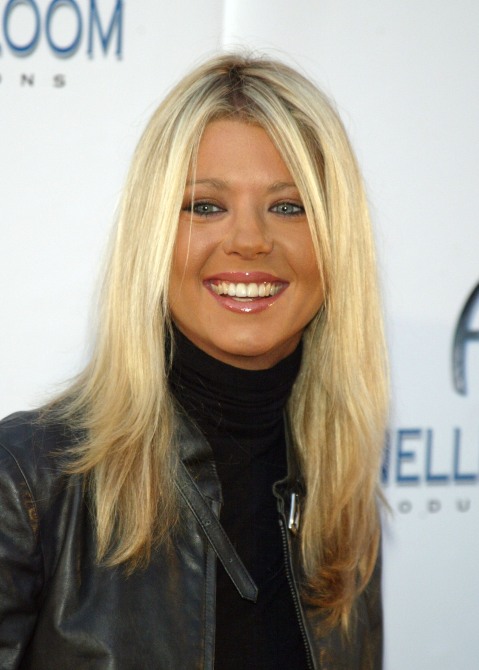 Tom also dated American Pie actress Tara Reid in 2002. Tara opened up about their relationship in 2014 on the Australian radio’s Kyle and Jackie O’s breakfast show. She said, “Have kissed. He’s pretty good looking,” she replied when she was asked a question about the NFL Quarterback. 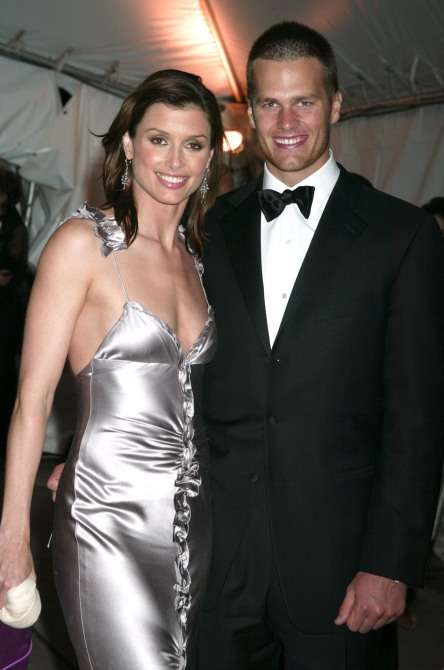 Tom Brady started dating actress Bridget Moynahan in early 2004 after Tom won his second Super Bowl for the New England Patriots and Bridget starred on the hit show Sex and the City. Together, they attended the 2006 Met Gala and the Vanity Fair Oscar Awards party. In a 60 Minutes interview, Tom revealed what Bridget meant to him in his relationship. “She’s helped a lot,” he said fondly. “I can be myself around her, and there’s not many people I can be myself around. It’s fun to be around your best friends who know you well, and she’s someone that I consider one of my very best friends.”

The two ended their relationship in December 2006. A rep told People at the time, “(They) amicably ended their three-year relationship several weeks ago. We ask for your respect and consideration of their privacy. No further comments will be made.” Three months later, Bridget was expecting Tom’s baby. “Bridget is over three months pregnant,” her rep said. “Former boyfriend Tom Brady is the father.” At the time, Tom started to date Gisele Bündchen. Bridget gave birth to John “Jack” Edward Moynahan in August 2007.

The Blue Bloods actress opened up about her complicated pregnancy with Tom’s baby. “[Tom] was there on that day and came in afterwards,” she told More magazine in 2011 about her labor. “He certainly wasn’t holding my hand while I pushed.” In an interview with Harper’s Bazaar, she also revealed how her mental health was affected during the time. “Going through that traumatic time of being heartbroken and then being pregnant turned my whole life upside down and inside out and just knocked the wind out of me,” she told the magazine. “But I got so much out of that … Now I have a child, and it’s the best thing in the world.” She continued, “I’m not sure anyone — and I could be wrong in this — grows up thinking, ‘I want to be a single mom’ … Doing it on your own when it wasn’t expected comes with a lot of fears and anxieties. But I felt 100 percent that I could do this.”

In the same More magazine interview, Bridget explained how she kept a blended family with Gisele and Tom. “I never made a comment about Gisele or Tom publicly,” she explained to the outlet. “I have a relationship with these people on a daily basis. I’m raising a child, and it’s public. The media creates these dramas, and that’s not what’s happening in my life. My son has two loving parents and an extended family, whether it’s cousins or stepmothers or boyfriends. My son is surrounded by love.”

During an appearance on the Howard Stern Show in April 2020, Tom confessed how he felt when he found out that Bridget was pregnant. “Next thing you know, I found out that Bridget was pregnant with our son,” he said. “So that was a very unique time … and it challenged me in a lot of ways, again, to grow up in a different way. And it was very challenging for my son’s mom, you know, because she didn’t envision that either.”

Tom and Bridget continue to have an amicable relationship, with the John Wick actress congratulating her ex-boyfriend on his Super Bowl wins and supporting their kid in his dream of becoming a professional athlete. 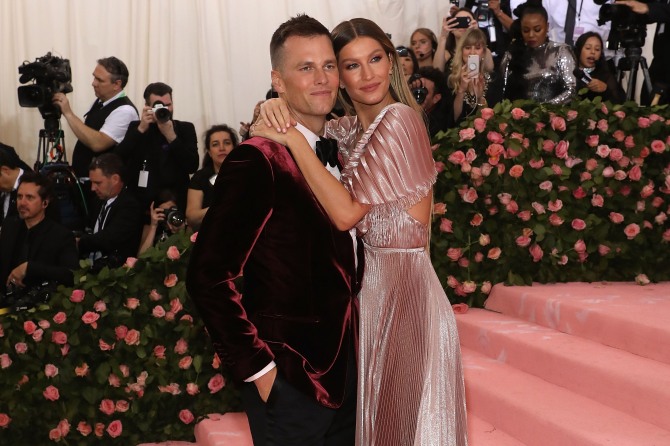 Tom started to date Gisele Bündchen in December 2006, shortly after his public breakup with Bridget Moynahan. In a Vanity Fair interview in 2009, Gisele opened up about how she met Tom. “I knew right way — the first time I saw him,” she recalled. “We met through a friend. The moment I saw him, he smiled and I was like, ‘That is the most beautiful, charismatic smile I’ve ever seen!’ We sat and talked for three hours. I had to go home for Christmas, but I didn’t want to leave. You know that feeling of, like, you can’t get enough? From the first day we met, we’ve never spent one day without speaking to each other.”

The two married in 2009 after three years of dating. When Tom’s ex Bridget Moynahan was pregnant with Tom’s baby while she was in a relationship with him, she recalled in her memoir, “Two months into our relationship, Tom told me that his ex-girlfriend was pregnant. The very next day, the news was everywhere and I felt my world had been turned upside down,” she also wrote that it “wasn’t an easy time” for her. But rest assured, she loved his child so much and wrote, “[He made] my heart expand in ways I didn’t know was possible.”

Tom and Gisele got engaged in January 2009 and married a month later in February. They welcomed their first child together, son Benjamin Rein, in 2009. Their second child, daughter Vivian Lake, was born in 2012. A source confirmed to People in September 2022 that there’s been “a lot of tension” between Tom and Gisele since his decision to unretire. “There’s a lot of tension. She was so happy when he announced his retirement, and she wasn’t thrilled at all when he went back on that,” the insider said. “They’re hitting a rough patch. But I know they’re trying, or at least he’s trying, to figure it out and make it work. He wants to get through this and for things to get better.” The couple subsequently filed for divorce on October 28, 2022.

For more about Tom Brady, read his book, The TB12 Method. The New York Times bestseller, which has been described as the Tampa Bay Buccaneers player’s “athlete’s bible,” takes readers through Brady’s revolutionary training, conditioning and wellness system that kept him at the top of the NFL for more than two decades. The book dives into Brady’s TB12 Method, a performance lifestyle brand he co-founded in 2013, that focuses on a more natural, healthier way of exercising, training and living and how to maintain one’s own peak performance while decreasing injury risks.