How Did Takeoff Die? Migos Cause of Death, How He Was Killed, Passed Away

It’s been a rough few weeks for the music business, with several unfortunate premature deaths making headlines. On November 1, 2022, Migos rapper Takeoff died suddenly in Houston after attending a private party of about 40 to 50 guests. He was only 28, so many people are wondering how Takeoff died and who’s responsible for his death.

Takeoff’s career was tragically cut short. In an interview with Rolling Stone in 2015, he said he was excited about the trajectory he was on: “It’s a blessing,” he said. “It’s only the beginning though. You ain’t seen nothing yet.” Read on to find out the details on how Takeoff died. 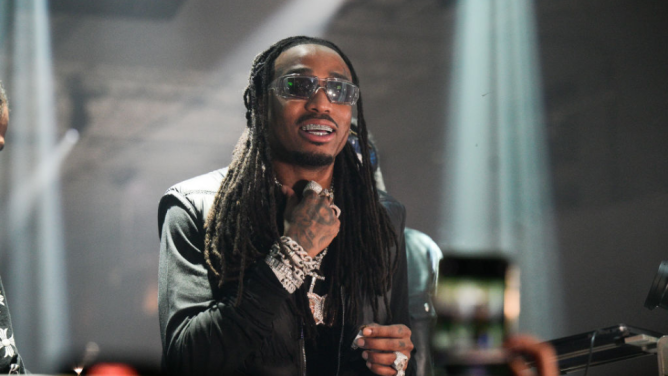 How did Takeoff die?

How did Takeoff die? The rapper was fatally shot in Texas. According to multiple witnesses and law enforcement, as reported by TMZ, the shooting took place shortly after 2.30 am on November 1, 2022. 911 was called to an incident that occurred at a bowling alley, where Takeoff and his uncle Migos bandmate Quavo were playing dice. In a recording of the call to emergency dispatchers, published by TMZ, five shots were fired. “What does she need to do?” Quavo said in one video from the 911 call. According to TMZ, a woman on the scene said she was a nurse and offered to help Takeoff.  Police said during a press conference that security guards at the event heard the shooting but did not see who did it. In a video obtained by TMZ and circulated on social media, Quavo appears to try to move his wounded nephew before placing him down and yelling for help.

According to unverified reports of alleged witnesses on social media, a dispute over said dice game broke out and that’s when the shooting occurred. Multiple outlets reported Takeoff, born Kirshnik Khari Ball, was either shot in or near his head and was pronounced dead at the scene. Police said two others had been shot and taken to hospital in private cars. Quavo was uninjured.

According to police at the crime scene, 40 to 50 people were at the location when the shooting took place, local news Click2Houston reported. A party had finished at around 1am but carried over until 2.30 am when the shooting occurred. Multiple shell casings were said to have been found outside the bowling alley and pool hall. Despite social media accounts of the incident, investigators are continuing to piece together exactly what happened in the lead-up to the shooting and who is responsible for Takeoff’s untimely death. Initially, Takeoff’s identity was not released to give enough time for his identity to be verified and for his family to be informed.

Drew Findling, a lawyer for Takeoff and confidant to many rap stars, dubbed Takeoff’s death “a devastating loss, particularly for Atlanta” per the New York Times. “When you’re around Takeoff, there’s a sense of peacefulness about his aura,” he said. “He listens to you, he looks at you, he’s more focused on what you have to say than what he has to say. The world was starting to learn about Takeoff. It was his time to shine.” 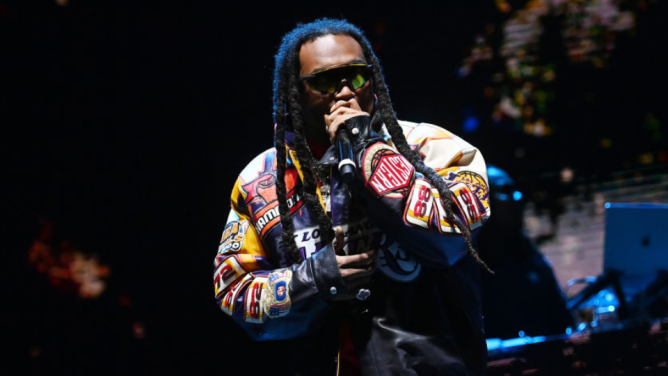 What were Takeoff’s last words?

Takeoff did his final interview just 10 days before his death. In a chat with REVOLT’s Drink Champs podcast and YouTube series, the rapper spoke of his career and the Only Built for Infinity Links record. Host N.O.R.E. praised it as their “time to prove it” and asked whether Takeoff felt it was the right time to do so. “Oh, for sure. Enough is enough. I’m chill and laid back, but it’s not about that. It’s time to give me my flowers; I don’t wanna lay down when I ain’t here,” he said. Takeoff and Quavo also addressed a falling out with the third member of Migos, Offset, admitting the duo had always wanted to branch out independently. “Just like me personally, just a bucket list,” Takeoff said. “I feel like this, my real uncle. Like we do music, we been doing this. I always have wanted to drop a little collab album cause why not? Why can’t I drop one?” Quavo agreed. “Right now, I believe in the duo. Like you just said, you play the game by loyalty. We stand on loyalty. This is just about us. When things ain’t right, you gotta goddamn move on.” The three of them had made no plans to reunite.

Social media was flooded with an outpouring of grief from the hip-hop and larger community. Ja Rule tweeted: “Rip Takeoff… this shit has to STOP… sending love to friends and family,” while Yung Miami tweeted: “Damn takeoff” alongside three broken heart emojis. Fellow rapper Lecrae tweeted: “No hot takes. No profound thoughts. Just sad that another rapper, son, brother, and friend has been killed. God be with all those who feel the loss,” and rapper, actor and activist Killer Mike wrote: “May God Bless Our Dead & May God Protect Our Living. Praying for the Migos family. Praying for my people that we may one day end this war with ourselves.”

Who were Takeoff and Migos?

Takeoff was born Kirshnik Khari Bal in 1994 in Lawrenceville, Georgia. He began performing with his uncle and fellow rapper, Quavo, alongside Offset as Migos in 2008. The trio found fame with the single “Versace” in 2013 and their success escalated with “Bad and Boujee” in 2016. The song became a viral sensation, serving as the inspiration for countless memes The 2016 single gained even more traction when Atlanta star Donald Glover name-dropped the single in his acceptance speech at the 2017 Golden Globes. “I really wanna thank the Migos, not for being in the show, but for making ‘Bad and Boujee,’” he said. “Like that’s the best song ever.” 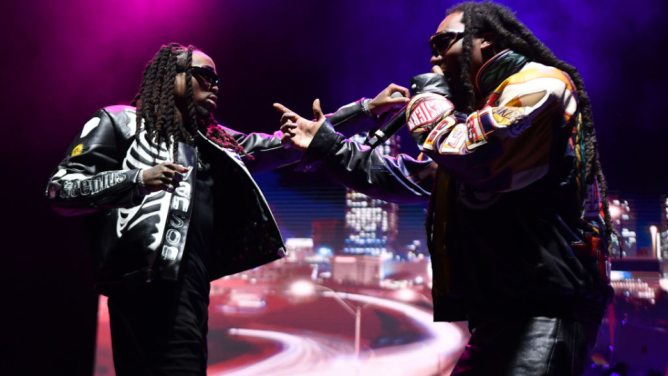 Speculation that Migos had split up started circulating in May 2022 when their latest album, Only Built for Infinity Links, didn’t feature contributions from Offset. Speculation continued when the trio canceled their appearance at the Governor’s Ball music festival in June 2022. When Offset and his wife, Cardi B, unfollowed both Quavo and Takeoff on social media, it seemed to all but confirm the trio’s split. Quavo told the Big Facts podcast in October: “We want to see our career as a duo. We came from a loyal family that’s supposed to work together and you’re supposed to stick together, but sometimes when shit don’t work out, it’s not meant to be… We stand on loyalty and sometimes that shit ain’t displayed. Right now we gon’ be the duo till time tell.”

Takeoff’s death comes just a few days before a new documentary series Hip-Hop Homicides airs, detailing the growing violence within the hip-hop community. Hosted by TV personality and producer, Van Lathan—who tweeted “Just stacking up bodies of young rich Black men. I wish people cared” in response to Takeoff’s death—Hip-Hop Homicides examines the staggering number of murders within the hip-hop community, where more than half of those cases remain unsolved. 50 Cent serves as the series’ executive producer. The show premieres on November 3, 2022, on WE tv.