What Does a Scorpio Look Like? Their Physical Appearance, Explained

Have you ever seen someone and thought to yourself “Wow, that person looks like a Scorpio”? Has it ever crossed your mind why someone may “look” or act like their zodiac sign? I’m here to bring some insight by explaining what a Scorpio looks like!

Astrology is typically a great tool for understanding the way people look, act, dress and decorate their lives. It all comes down to their birth chart. When someone has dominant Scorpio placements (especially personal planets such as their sun, moon, rising, Mercury, Mars or Venus) they tend to embody their planetary ruler: Pluto, but also their traditional ruler Mars. Pluto is the planet of transformation, destruction, secrets, and renewal. Mars on the other hand is the planet of sexuality, aggression, energy and power.

Scorpio, a fixed water sign, is also naturally associated with the eighth house of sex, taboo, resurrection and other people’s finances. As we start to put the pieces of the puzzle together, we can understand why so many people suggest that Scorpios have a naturally alluring and sensual energy about them, even when they’re not attempting to lure someone in. This can show up in the way they dress, the intensity of their eye contact and the way that they make other people feel. Their natural magnetism shows up in more way than one in a Scorpio’s physical appearance… read on below to understand why! 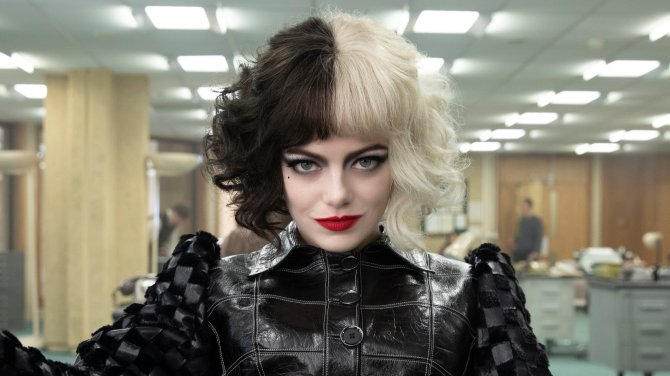 The Physical Appearances of Scorpio

Being ruled by Pluto, Scorpio dominant people have a dark aura that is naturally alluring to others. Having either dark or attractive eyes is a sure-fire indication of dominant Scorpio placements in someone’s chart. Think about Scorpio suns like Willow Smith and Ciara or Scorpio risings like Diana Ross and Prince. There is a piercing element to that mystical gaze in their eyes. Scorpios can pierce right through your soul just by looking at you. Plus, it means they’re capable of drawing attention to them without trying. Unlike their adjacent signs, Libra and Sagittarius, Scorpio’s don’t even need to try to stop others in their tracks; their energy and eyes are enough to do the job. The mantra of Scorpio’s sign is “I desire”, meaning that Scorpio people ooze a natural sense of yearning and pleasure. They rule the genitals, so expect to feel stimulated by their presence alone!

There is a piercing element to that mystical gaze in their eyes. Scorpios can pierce right through your soul just by looking at you.

Facially, Scorpio dominant people usually have well-defined jaw lines and shoulders. Their clavicles are usually prominent and their facial structure is angular or ethereal. The more structured faces can be seen in celebs like Ryan Reynolds, Kendall Jenner, Matthew McConaughy, and Tracee Ellis Ross. The ethereal look is something out of a fairytale, more similar to Scorpios like Tilda Swinson, Duckie Thot, SZA, and Emma Stone. As with most Scorpio people, their faces are very similar: all or nothing, one end of the extreme or the other. There is very rarely a Scorpio that you won’t leave meeting and say “I’ve never seen someone who looked like them”. They are striking, and enticing, and their faces are no different. 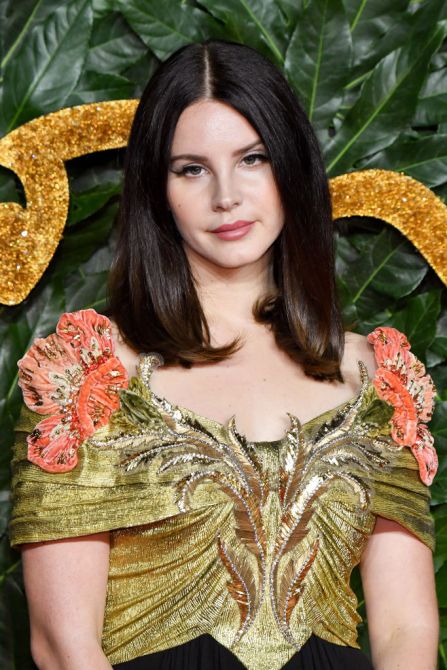 Shaggy eyebrows, plump lips, and unforgettable noses are all common with Scorpio people. Think Janet Jackson and Lana Del Rey, two Scorpio rising queens who are well known for their facial features.  For whatever celestial reason, Scorpios usually have naturally uneven teeth, and do well with cosmetic dental work at some point or another.

Scorpio is a zodiac sign of power, and these folks usually carry themselves with an inspiring and intimidating force.

They are almost always naturally seductive and this can be seen through the way that they look. Scorpio risings specifically have an almost “witchy” look to them, leaving the people they meet as spooked as they are turned on. Scorpio is a zodiac sign of power, and these folks usually carry themselves with an inspiring and intimidating force. Think Jackie Kennedy, Hillary Clinton, Martha Stewart, and Grace Kelly who all took the world by storm… and have unforgettable, almost identifiable, haircuts to boot! 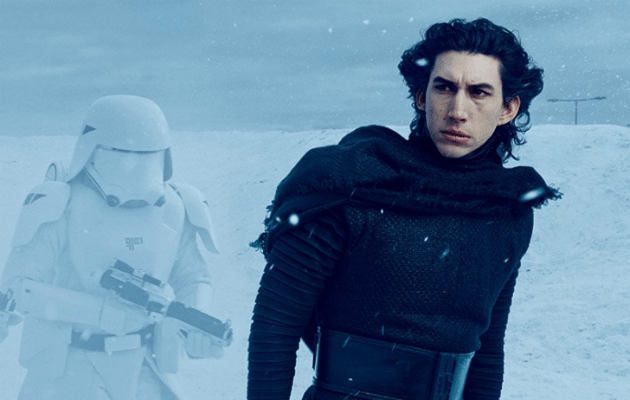 Physically, because these folks are ruled in modern Astrology by Pluto, the furthest planet, they will typically be taller than most. Think of famous Scorpio, Adam Driver who stands at 6’3” and also embodies the dark Scorpionic eyes and prominent Plutonian nose. His facial features and build are the true embodiment of the sign, and it doesn’t hurt that he also has his Saturn and Pluto signs in Scorpio to accompany his sun. The more placements one has in Scorpio, the deeper, darker and more illusive the person will seem to others. 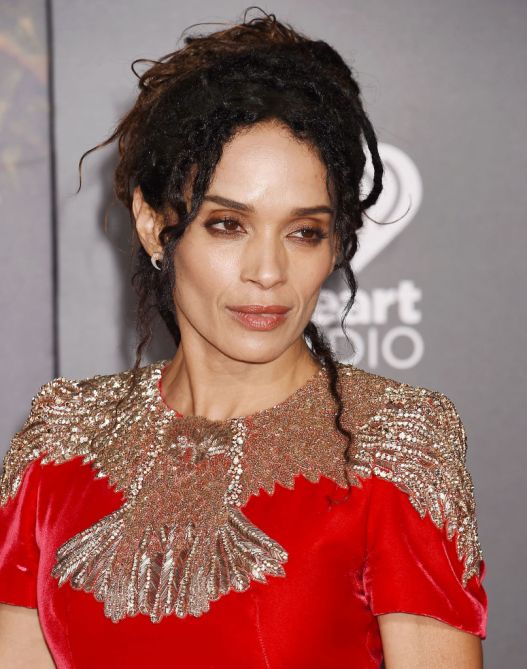 Because Scorpio rules the genitals, typically Scorpio people (men and women alike) will have a very sexually-attractive look. From curvaceous hips, strong physiques, and powerful necks, we can pick a Scorpio person out in a crowd by the shape and movement of their vessel. Think Lisa Bonet, Amandla Stenberg, and Penn Badgley. Famous Katy Perry (who has six Scorpio placements) embraced her naturally sensual side and chose to accompany her career as a singer and performer by showing off her physique, becoming known for her “California Gurls” music video donning an oversized cupcake bra and crooning “I Kissed a Girl” to get everyone aroused by the idea of her lips and what they do in private. 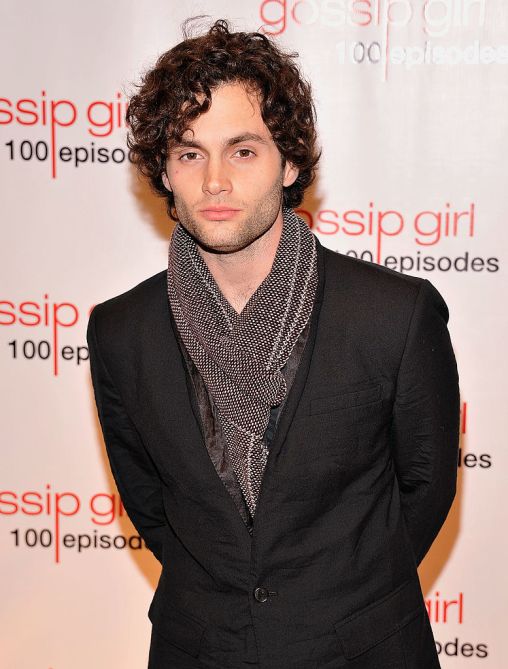 Mysterious, magical, powerful and potent are just a few of the descriptive words that you could use to describe a Scorpio’s style. They are more often times than not caught in head-to-toe black attire. But when they decide to step out in color, you can expect mauve, crimson, emerald green, or a striking royal blue. They are known to stop someone in their tracks with their power suits, sky-high stilettos, lace up knee high boots, or corset tops. For men, you can see them in something well-tailored, leaving very little to the imagination as you admire their physiques from afar.

Because this fixed water sign is so hell-bent on closeness, loyalty, and possession, they will typically buy timeless pieces. Whether new to them or second-hand jewels, they are more likely than not to bring something to a trusted tailor and keep the piece forever. To whomever the lucky lad or lady is that sits on a Scorpio person’s will, their closets are often filled with clothing and accessories that deserve to be in a museum. They are attracted to period piece clothing like bustiers, corsets, waist-defining, and hip and breast defining clothing. 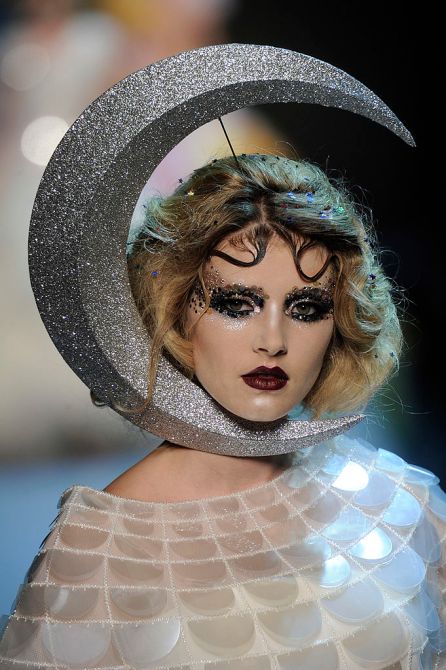 Several well-known and respected fashion designers have Scorpio rising placements. Diane von Furstenberg, Christian Dior, Alexander McQueen, and Stella McCartney just to name a few of the iconic Scorpionic tastemakers. From von Furstenberg’s iconic wrap dress to Dior’s Bar suit, both aim to accentuate the waist and highlight the feminine form, even when it’s done modestly. In both cases, the focus was not to bare more skin, but to amplify the beauty of the wearer’s natural shape. This concept is very Scorpioinic in nature as they, again, do not need to seek attention, rather be the object of other’s attention.

Some “Scorpio approved” staples would be:

Although some of these staple pieces may take time to invest in, Scorpios are all about playing the long-game and if any sign is willing to save and spend wisely, it’s a Scorpio. There will be different budgets for each Scorpio, but style can be captured within any budget and these folks have no issue spending a dreary afternoon at a thrift store to find their dream forever pieces. They are dark, mysterious, sultry, sensual, magnetic beings and their attire reflects that.

Boeing Is Making a Comeback With $10 Billion in Cash by Mid 2020s, CEO Says