Why Was ‘Westworld’ Canceled? Will It Be Renewed For a Season 5 Elsewhere?

In a piece of news that shocked fans, Westworld was canceled before its fifth and what would be the final season. The show, adapted from the 1973 Michael Crichton film of the same name, was one of the cable network’s tentpole series since 2016—it managed to rack up an impressive nine Primetime Emmy wins and 54 nominations, as well as pulling together an all-star cast that included Sir Anthony Hopkins, Ed Harries, Tessa Thompson, Thandiwe Newton, Evan Rachel Wood, Jeffery Wright, Luke Hemsworth and Aaron Paul to name but a few. J. J. Abrams was the executive producer. So why was Westworld canceled when it only had one season left? Here’s everything we know.

Why was Westworld canceled?

Why was Westworld canceled? No explanation for the show’s cancellation has been given at this time but one possible reason (although some sources have countered this) could be its enormous financial commitment. It was one of HBO’s most expensive productions, coming in at around $8 to $10 million per episode, according to The Hollywood Reporter, which noted that in 2016, its first season alone was picked up with a staggering $100 million budget. Impressive locations, set design and CGI would have come with significant costs. Thanks to the success of the show, too, the actors’ salaries would have been bumped up going into future seasons.

On November 3, the day before Westworld was axed, Deadline reported Warner Bros. CEO David Zaslav explained that “the grand experiment of creating something at any cost is over” and said how he wouldn’t pay millions of dollars for a show with low ratings (Westworld’s numbers had slumped in recent times). But an HBO insider told Deadline that Westworld particularly wasn’t canceled due to cost-cutting measures.

According to Variety, the company has been paring back spending as part of a plan to institute $3.5 billion in cost-saving synergies as part of its merger with Discovery. HBO also has a number of other high-cost projects in the works, including the highly anticipated The Last of Us, based on the acclaimed Naughty Dog video game; the Game of Thrones prequel House of The Dragon; and the third season of the teen drama Euphoria starring Zendaya.

HBO explained said in a statement, per The Hollywood Reporter: “Over the past four seasons, Lisa and Jonah have taken viewers on a mind-bending odyssey, raising the bar at every step. We are tremendously grateful to them, along with their immensely talented cast, producers and crew, and all of our partners at Kilter Films, Bad Robot and Warner Bros. Television. It’s been a thrill to join them on this journey.” 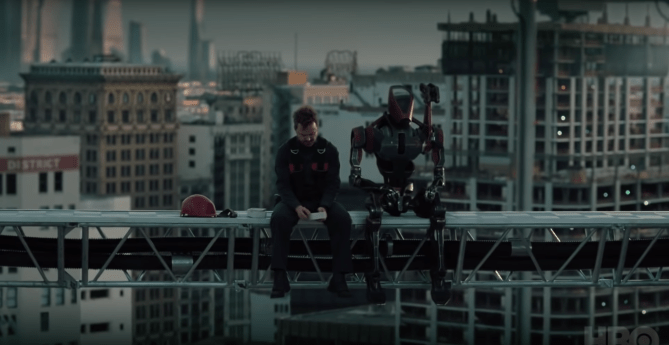 Kilter Films, headed by husband-and-wife duo Jonathan Nolan and Lisa Joy, added: “Making Westworld has been one of the highlights of our careers. We are deeply grateful to our extraordinary cast and crew for creating these indelible characters and brilliant worlds. We’ve been privileged to tell these stories about the future of consciousness – both human and beyond – in the brief window of time before our AI overlords forbid us from doing so.”

It’s puzzling then, as the show had one more season in it to wrap up the story. “We always planned for a fifth and final season,” Johnathan Nolan previously told Deadline. “We are still in conversations with the network. We very much hope to make them.” Westworld debuted in 2016 in the same setting as the 1973 film: A futuristic Western theme park where the exceedingly wealthy could play out any and all fantasies with androids known as Hosts. Bank heists and treasure hunts, but also killing them mercilessly or having sex with them. Soon enough though, the Hosts got wise, “waking up” in a bid to fight for their autonomy and robot rights.

The show initially boasted some of the highest numbers for HBO on record, with its premiere being the biggest audience at premiere since True Detective in 2014. The first season of Westworld became the most-watched debut season of any HBO series ever, but its ratings had fallen dramatically since season four aired.

The show expanded its scope outside of Westworld into neighboring parks owned and operated by the same mysterious company, Delos, and then the AIs ventured into the real and glorious futuristic world for season three. Season four ended with eight episodes, premiering on June 26, 2022, and concluding on August 14. 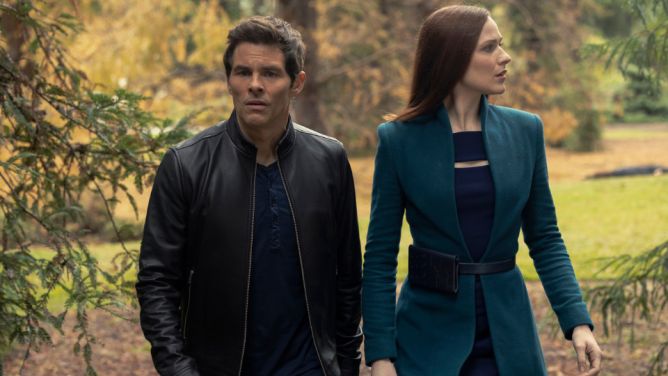 Joy told Gizmodo of season four: “We were interested in looking at the way that history tends to repeat itself, or at least rhyme with itself over time. I think that as we progress, the lens has gone from being in the pilot, basically Host-based, to a more even split between Hosts and humans, as we’ve kind of shifted the gaze of the narrative,” she said. “We’re trying to explore the similarities and differences between the two species here—and so in doing so, it’s been helpful to reference the way in which everybody, even humans, live in these kind of loops and find themselves stuck in a rut or seeming to be unable to change their circumstances or even behaviors that they don’t want or like about themselves. That’s been a recurring theme, just exploring through a different angle.”

Rachel Wood, who plays the central character Dolores (who becomes Christina in season four) told Vanity Fair she had a lot of questions going into the last season because her character had changed completely. “The first thing that Lisa said to me was, ‘You’re basically playing me this season.’ And I think I maybe took that a little too much to heart, because I really clung to that idea of somebody like Lisa Joy being the center of the show—someone who is an incredible intellect, with an incredible heart. And now I’m going to stop talking about Lisa and I’m going to talk about Christina,” she said. “I just want to make sure you know that I’m separating the descriptions! Christina is more unsure of herself, and she loves poetry and romance and she wants adventure. She’s like Dolores in the way that she longs for something more than what the world is offering her, and she also has this horrible, unsettling feeling that something is actually wrong in her world.” Will new Westworld stories ever be on our screens again? If Deadwood is anything to go by, a show that was killed off in 2006 only to be resurrected in 2022, anything is possible.

Westworld is available to stream on HBO Max. Find out how to watch HBO Max for free here.

Breaking his silence. After crediting her for the reason why he auditioned for Elvis, many fans are wondering: why did...

After releasing her hit album Midnights, Taylor Swift is back at it with another Easter egg-filled music video. But what...

How to Watch ‘Teen Wolf: The Movie’ Online Free 2023: Where to Stream

What Did Prince Andrew Do? Jeffrey Epstein Scandal, Why He Lost Royal Title

After a scandal that sent much of the royal family into a tailspin, the Duke of York was booted from...