Lunar Eclipse Tiredness: How to Deal With a Post-Eclipse Hangover 2022

If you’ve suddenly been hit with unexplained tiredness, a lunar eclipse hangover may be the culprit. After all, an incredibly powerful total lunar eclipse took place at 6:02 a.m. ET on November 8, 2022, and while you were most likely hitting the snooze button, the eclipse was hard at work altering the course of your life. If you’re feeling slow, achey and beyond exhausted at the moment, then you might be feeling the weight of what this lunar eclipse means for you.

In astrology, a lunar eclipse is *so* much more than a spectacular lunar event. In fact, it’s an omen that major changes are about to take place! On Tuesday morning, a blood-moon-lunar-eclipse in Taurus blasted through the sky, bringing a burst of cosmic energy that might have left you feeling bowled over. That’s because a lunar eclipse is a lot like a full moon, abeit 100 times more intense. The reason for this? Well, an eclipse always activates the North Node and the South Node, which are the highest and lowest points of the moon’s ecliptic.

In astrology, the North Node represents your ultimate destiny; the fate that was always meant to be yours. Adversely, the South Node symbolizes your past lives and the baggage you continue to carry with you from your life experiences. Because the lunar eclipse you just experienced formed a conjunction with the South Node, you may find yourself letting go of something heavy in your life; something that no longer needs to be a burden to you.

How to Deal With the Post-Lunar Eclipse Hangover

Breaking away from something that’s been weighing you down is *not* an easy thing to do. Just think of how it feels when you have to pack up and move to a new house or find the courage to leave behind a stressful relationship. The process is freakin’ exhausting! Although you may feel ready to leave the past in the past, the act of letting go is complicated, especially if there may be lingering attachments holding you back. If you find yourself moving on from something and starting a new chapter, eclipse season may have something to do with it. And because Mars is currently retrograde, it’s only adding even more frustratoni and intensity into the mix.

A lunar eclipse is a lot like a full moon, albeit 100 times more intense.

If you happen to have your sun sign, moon sign and/or rising sign in Taurus, Leo, Scorpio or Aquarius—especially between 11 and 21 degrees—this lunar eclipse most likely had a significant impact on you. It will also have a major impact on you if your North Node or South Node happens to fall under any of these zodiac signs. However, the truth is, this eclipse is so potent with power that everyone is most likely feeling it. After all, this eclipse is not partial, but total. That also means it’s a Blood Moon, one of the most transformative lunar events that could ever possibly occur. It’s also the last one to occur until 2025. 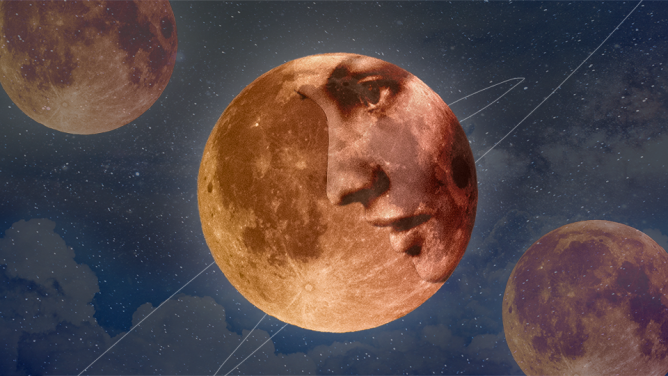 Why You Feel Exhausted During Eclipse Season

The reason you’re feeling so tired is because a lunar eclipse literally “eclipses” the power of the moon. As the moon enters the Earth’s umbra—aka it’s crimson-red shadow—it zaps away its vitality and drains the moon of all its magic. That’s why it’s not advisable to charge your crystals outside during a lunar eclipse or practice manifestation under its foreboding gaze. The energy is not only too unpredictable to work with, but it’s also malevolent by nature.

If you’re also feeling exhausted with all the pivotal changes and life-altering revelations, you’re not alone. This past eclipse season was beyond intense and the inevitable tiredness is merely a testament to the new chapter that’s beginning to unfold. Don’t resist what’s coming next! All you can do is let the chips fall where they may.