The people featured in The Crown are real historical figures, so how does The Crown cast compare to real-life counterparts in the British royal family? The acclaimed Netflix show may take a few artistic liberties with historical accuracies, but casting directors Nina Gold and Robert Sterne have done an amazing job in choosing actors that can imitate these real, mostly still alive, people over the past five seasons. Even though physically they may not be a spitting image, they’ve got the mannerisms down pat.

What is The Crown about?

What is The Crown about? The hugely popular Netflix show depicts the inner workings of the British royal family with a particular focus on the life of Queen Elizabeth II. Season one begins during her early reign, having ascended to the throne at age 25 in 1952. The show is based on an award-winning play called The Audience by showrunner Peter Morgan. Claire Foy played the Queen rather masterfully in the show’s debut and second season, but because of the show grapples with so many periods of the queen’s eventful history, certain new roles are recast each season to show the passage of time. 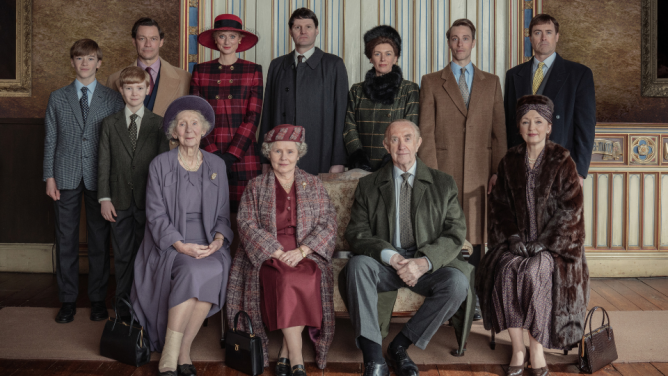 Oscar-winning actor Oliva Coleman was brought in to play Lizzie in seasons three and four, which tracked from 1964 to 1977, beginning with Harold Wilson’s election as Prime Minister (played by Jason Watkins) and concluding with her Silver Jubilee—her 25th anniversary as sovereign. The 1969 Apollo 11 moon landing also featured, as did the death of wartime Prime Minister Winston Churchill (John Lithgow) and the passing of the queen’s uncle Duke of Windsor.

For The Crown’s fifth season, Imelda Staunton takes on the role of the queen during a very tumultuous time for the monarchy. “[The season] does start with people questioning, ‘Do we need the monarchy? Do we need the queen?’” Staunton told Tudum. “And she has to ride that particular storm.” Harry Potter fans would recognize Staunton as the stern and, let’s face it, evil Dolores Umbridge from The Order of the Phoenix, The Half-Blood Prince and The Deathly Hallows Part One.

In this role, Staunton adopts a similar stiff-upper-lip to portray Queen Elizabeth in ‘90s Britain. The world was changing and parts of the nation began to question the relevancy of the monarch amid the collapse of the Soviet Union, mass television and the fracturing of Diana, Princess of Wales (Elizabeth Debicki), and her marriage to Prince Charles (Dominic West). The series will not feature the tragic and untimely death of Princess Diana. 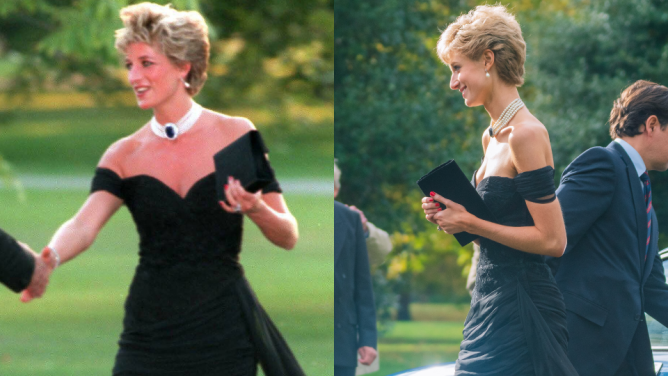 Australian actor Elizabeth Debicki takes over from Emma Corrin as Diana, Princess of Wales. Season five deals with the breakdown of her marriage to Prince Charles, who is pressuring his mother the Queen to allow him to divorce her. Media scrutiny was ruthless at the time; as speculation began to mount that the once-happy (at least, on the outside) couple were living increasingly separate lives. Breaking with strict royal protocol and convention, the “People’s Princess” goes to tell her side of the story via two men who are eager to give her a platform. “As a result of the marriage breaking down — and how she becomes more and more removed from the rest of the royal family — that of course encourages her to grow other pieces of her life and attempt to recoup control of the ones that are spiraling,” Debicki told Tudum. 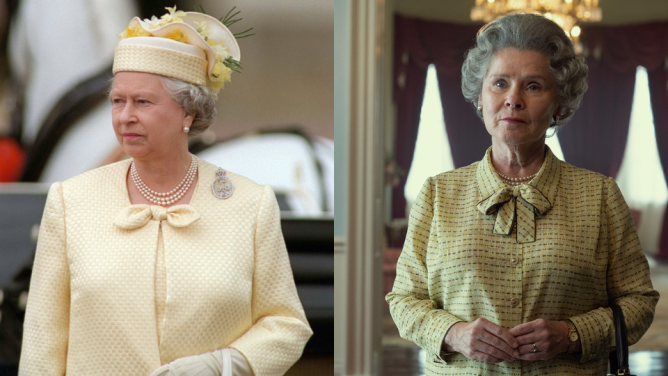 As mentioned, this was a challenging time for Britain’s longest-reigning monarch. Of the show’s historical accuracy, Staunton told Harper’s Bazaar Arabia that the writers “stayed true to the public personas, and just bent them slightly behind closed doors. That’s why it feels true. The Queen was in many respects a very good person who had great faith and integrity, and a wee bit of humor,” she said. “The thing about the Queen is she had a complete lack of ego. There’s no vanity—the only important thing to her is doing her job. Everyone else pours all this adulation onto this person, but she didn’t demand it. I had to just walk past it and step into a different corridor of her life.” 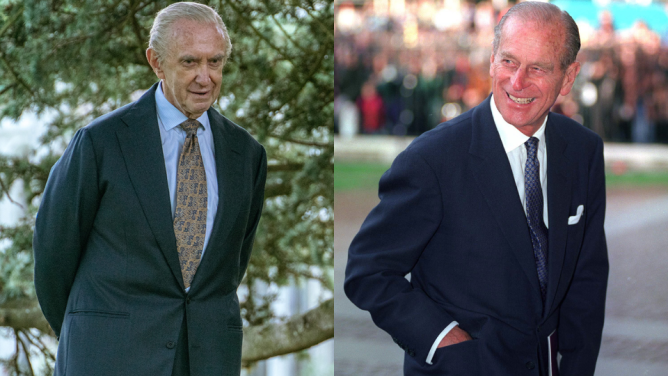 As the Duke of Edinburgh and the Queen’s husband, Prince Philip (played by Jonathan Pryce) was a loyal partner. In the late 80s, he was the one instructing his son Charles to either marry Lady Diana Spencer or break it off. During the breakdown of their marriage several years later, Philip wrote to them both and expressed his disappointment in the affairs participated in by Charles and Diana. In Gyles Brandreth’s book Philip and Elizabeth: Portrait of a Marriage, Diana was said to have taken the letters hard but appreciated he had good intentions. “Looking at Prince Philip, it’s made me much more aware of the kind of man he was behind the headlines,” Pryce said, per Yahoo. “He spent most of his life getting bad press for saying all the wrong things, usually in the colonies, and finding more about the man who was behind all of that has changed my view of him, essentially.” 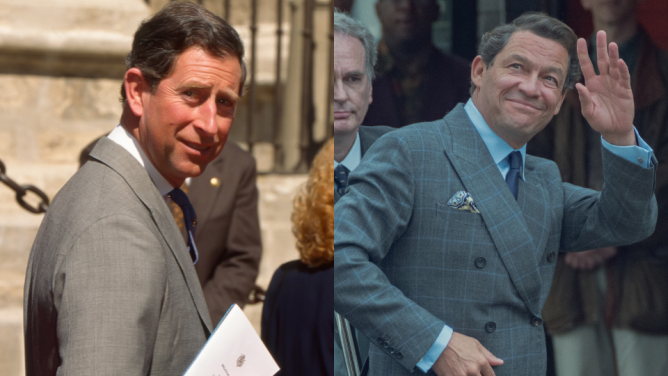 This will be a drama-packed season for Dominic West, who plays Prince Charles. Season five tracks his marriage break-down from Diana and his affair with Camilla Parker Bowles. West may not be the spitting image of Charles (Lesley Manville who plays Princess Margaret pointed out that West “really looked like him… from the back,” in an interview with Town & Country), but he considers himself a “big fan”. “This is a man who, in his late forties, still has to obey his mother, not just as his mother but as his sovereign, queen, his boss,” he observed. 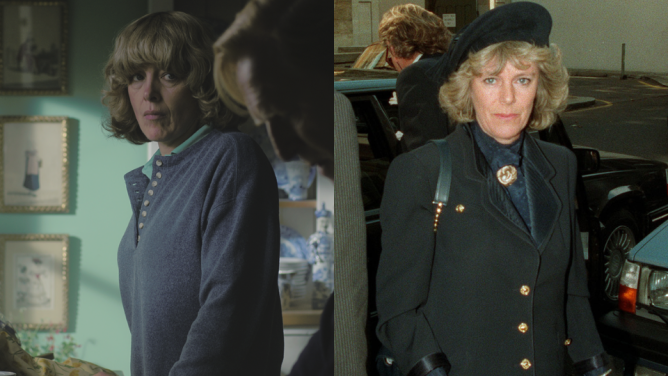 Though still married to Andrew Parker Bowles at the time, Camilla’s relationship with Charles became the subject of much media speculation at the time season five is set. Olivia Williams takes over from Emerald Fennell this season, and she strongly believes that Camilla “wasn’t a marriage breaker,” contrary to the media’s portrayal. “Anybody who has a perspective on divorce knows that the whole blame game becomes irrelevant,” she told Grazia. “And maybe now we see that [Charles and Diana’s] marriage wasn’t a great idea in the first place.” 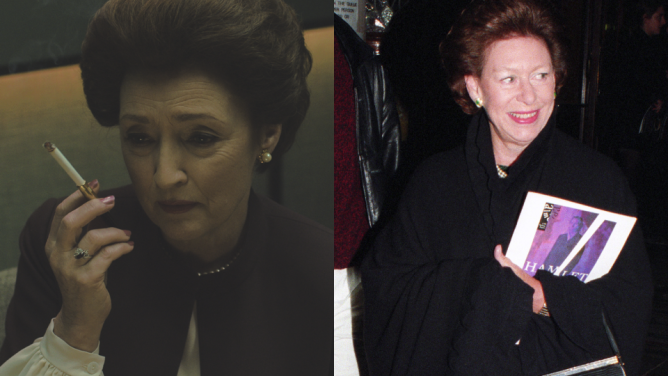 Manville takes over from Helena Bonham-Carter and Vanessa Kirby who both embodied Queen Elizabeth II’s younger sister, Princess Margaret. “I could not be happier to be playing Princess Margaret. The baton is being passed on from two formidable actresses and I really don’t want to let the side down,” Manville said in a quote shared on The Crown’s Twitter account.

Will Powell as Prince Harry & Senan West as Prince William 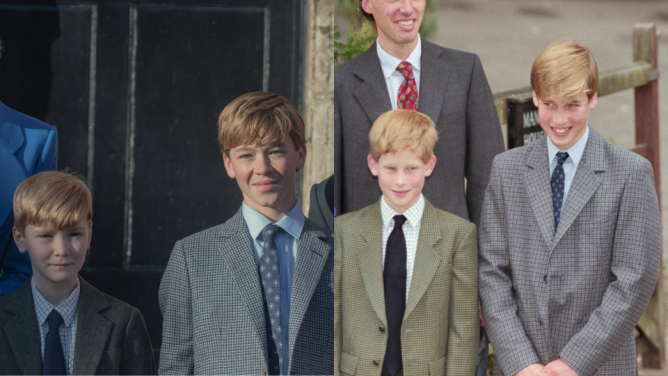 Child actors Teddy Hawley and Will Powell will portray Prince Harry as he grows up in the ’90s, while Timothee Sambor and Senan West—Dominic’s own 13-year-old son—will do the honors for Prince William.

For more about the British royal family, check out Sally Bedell Smith’s 2012 biography, Elizabeth the Queen: The Life of a Modern Monarch
. The New York Times bestseller, which includes the “real story” behind several storylines featured in Netflix’s The Crown, follows Queen Elizabeth II’s life from her childhood as the “heiress presumptive” to her father, King George VI; to the moment he met her husband, Prince Philip, when she was 13 years old; to her ascension to the throne at 25 years old in 1952. Elizabeth the Queen, which also includes interviews with Buckingham Palace sources and never-before-revealed documents, provides a deep dive into the Queen’s legacy as one of the most famous monarchs in recent history.